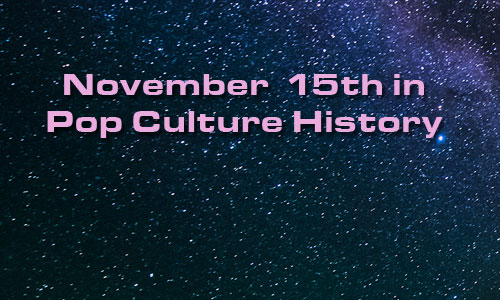 1791 – The first Catholic college in US, Georgetown University, opened

1896 – The first long-distance transmission of hydroelectricity from the Niagara Falls Power Company flowed to Buffalo, N.Y., 26 miles away.

1904 – King Camp Gillette was issued a US patent (#775,134) for his invention of a safety razor using disposable blades.

1914 – Canton Bulldog Harry Turner became the first player to die from game-related injuries (spinal) in the “Ohio League”, the direct predecessor to the National Football League.

1920 – First assembly of the League of Nations was held in Geneva, Switzerland.

1926 – The National Broadcasting Company (NBC) launched with a radio network of 24 stations across the USA.

1959 – The murders of the Clutter Family in Holcomb, Kansas occurred, which inspired Truman Capote’s non-fiction book In Cold Blood.

1979 – The UnaBomber struck for the first time when a bomb exploded in the cargo cabin of an American Airlines 727 on its way from Chicago to Washington.

1984 – Baby Fae died, she was an infant born a month earlier, but lived for 20 days with a transplanted baboon heart.

1990 – The world discovered that Milli Vanilli, the hot, new Grammy winning pop duo, were lip synching in their songs, and resulted in losing the Grammy award for Best New Artist.