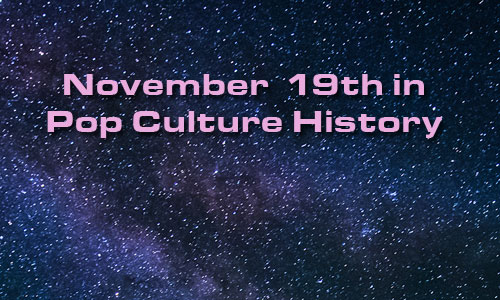 1805 – Lewis & Clark reached Pacific Ocean, they were the first European Americans to cross the American continent.

1850 – A patent (#7,784) for magic lantern slides made of glass plate was issued to Frederick Langenheim of Philadelphia, PA as an “improvement in photographic pictures on glass.”

1881 – President Garfield’s (November 19, 1831 – September 19, 1881) cause of death wasn’t so much the bullet wound from his assassination attempt as much as it was the treatment he received afterward. His doctors’ clumsy, unsanitary attempts to heal him resulted in a severe, painful infection that killed him three months later.

1954 – The first automatic toll collection machine was used at the Union Toll Plaza on New Jersey’s Garden State Parkway. It only accepted quarters (one was needed).

1978 – The Miracle at the Meadowlands – Philadelphia Eagles’ Herman Edwards returned a fumble for a touchdown with 31 seconds left to give Philadelphia a 19-17 victory over the New York Giants.