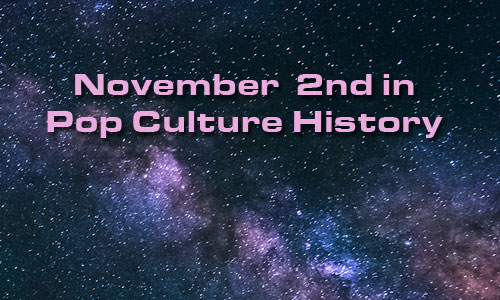 1898 – Cheerleading was started at the University of Minnesota with Johnny Campbell leading the crowd in cheering on the football team with “Rah, Rah, Rah! Ski-u-mah, Hoo-Rah! Hoo-Rah! Varsity! Varsity! Varsity, Minn-e-So-Tah!” Princeton had published cheers for the audience to chant as early as 1877. In 1903 the first cheerleading fraternity, Gamma Sigma, was founded. Women started being popular cheerleaders in the early 1920s.

1936 – First high-definition TV broadcast service, by BBC in London. At the time “standard definition” was 30 horizontal lines making up the picture, and the ’36 BBC hi-def had 240 lines. Today, 720 is considered the minimum for HD.

1959 – Quiz show scandal – Twenty One game show contestant Charles Van Doren admitted to a Congressional committee that he had been given questions and answers in advance.

1965 – Norman Morrison, a 31-year-old Quaker, set himself (suicide) on fire in front of the river entrance to the Pentagon to protest the use of napalm in the Vietnam war.

1988 – The Morris Worm, the first internet-distributed computer worm to gain significant mainstream media attention, was launched from MIT. It was written by a student at Cornell University, Robert Tappan Morris. His intention was to gauge the ‘size’ of the intenet.

2000 – The first crew arrived at the International Space Station. The assembly of the IISS began in November 1998.