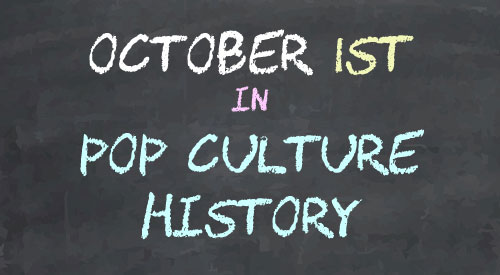 Today is the day that the US Government Fiscal Year (Oct 1  – Sept 30) begins.

331 BC – Alexander the Great defeated Darius III of Persia in the Battle of Gaugamela, bringing about the fall of of the Persian Empire.

1843 – London’s The News of the World began publication.

1940 – The Pennsylvania Turnpike opened to traffic. It is considered the first US superhighway.

1948 – Over Fargo, North Dakota, WW II pilot George F. Gorman reported ‘playing chicken” with a blinking orb of light UFO. It was visually seen by people in the control tower, but did not show up on radar.

1955 – The Honeymooners premiered on CBS

1999 – The infamous “You Fool” episode of Hollywood Squares aired.

…There are 91 days left this year.