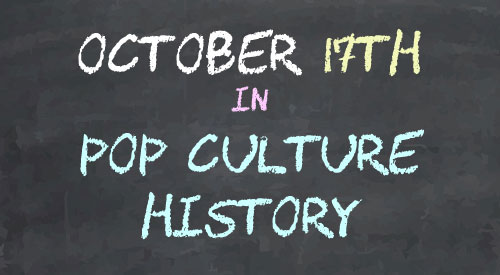 October 17 in Pop Culture History
1091 – The London Tornado of 1091 destroyed many buildings, and killed two people.

1860 – First Open (Golf) Championship (referred to in the US as the British Open).

1956 – Donald Byrne and Bobby Fischer played a game of chess labeled The Game of the Century. Fischer beat Byrne.

1958 – An Evening With Fred Astaire premiered, it was one the first “special” programs on television, and won nine Emmy Awards.

1966 – All of NBC’s news programming began airing in full-color.

1973 – OPEC imposed an oil embargo against a number of Western countries.