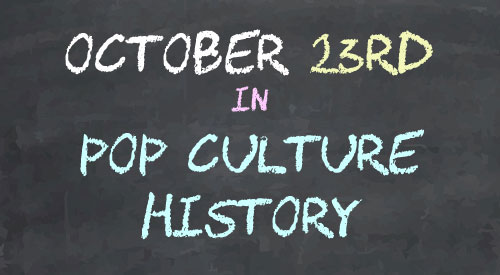 4004 BC is the date when the creation of the world began, according to the calculations of Archbishop James Ussher.

1861 – President Abraham Lincoln suspended the writ of habeas corpus in Washington, D.C., for all military-related cases.

1917 – Lenin called for the October Revolution.

1958 – The Smurfs, a fictional race of blue dwarves, by Peyo, was serialized in the French weekly Spirou magazine.