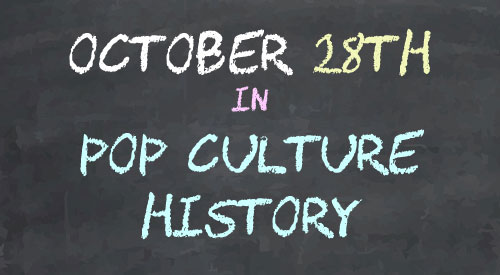 October 28 in Pop Culture History
1420 – Beijing became the officially designated the capital of the Ming dynasty on the same year that the Forbidden City, the seat of government, was completed.

1636 – The Great and General Court of the Massachusetts Bay Colony established the first college in what would become the United States, now known as Harvard University.

1943 – The supposed ‘Philadelphia Experiment,’ involving teleportation or invisibility by the US Navy, took place with the destroyer escort ship, the USS Eldridge. The US Navy maintains that no such experiment occurred and details of the story contradict ‘well-established facts about the Eldridge.’

1948 – Paul Müller was awarded the Nobel Prize in Physiology/Medicine for his discovery of the insecticidal properties of DDT (dichlorodiphenyltrichloroethane).