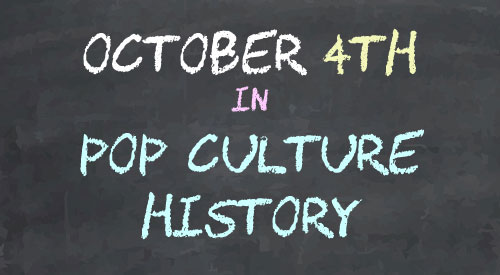 October 4 in Pop Culture History
October 4 was established in 1952 as a day of charity. Professional Golfers go out and play with amateurs in order to gain funds for different causes. The professionals play and the amateurs pay, so to speak, for the privilege. This day is always on October 4 but can be found also on differing days in June.

1876 – Texas A&M University opened as the Agricultural and Mechanical College of Texas.

1883 – First run of the Orient Express, from Paris, to Giurgiu in Romania via Munich and Vienna.

1957 – The USSR launched Sputnik 1, the first artificial satellite to orbit the Earth.

1965 – Pope Paul VI’s visit to New York got television coverage on all 3 American networks. The Papal Mass at Yankee Stadium was broadcast in color.

2004 – SpaceShipOne won the Ansari X Prize, for private spaceflight, by being the first private craft to fly into space.