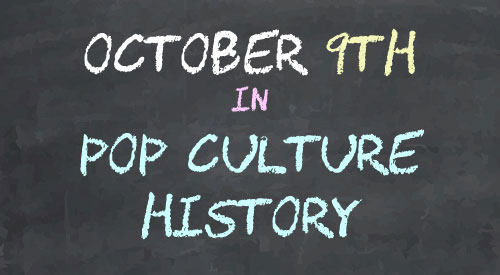 October 9 in Pop Culture History
Fire Prevention Day is part of Fire Prevention week and is observed on October 9. The observance of this day was initiated by President Calvin Coolidge in 1925. Besides being both a day and week for young people and adults to learn how to make their homes safer against accidental fires, it also is a remembrance of the Great Chicago Fire of 1871.

1767 – Surveying for the Mason-Dixon line separating Maryland from Pennsylvania was completed.

1873 – The US Naval Institute was established.

1888 – The Washington Monument officially opened to the public.

1919 – The Cincinnati Reds won the World Series, and eight White Sox players were later accused of intentionally losing games in exchange for money from gamblers.

2006 – North Korea may have tested its first nuclear device.

2012 – Pakistani Taliban made a failed attempt to assassinate 15 year-old Malala Yousafzai on her way home from school.