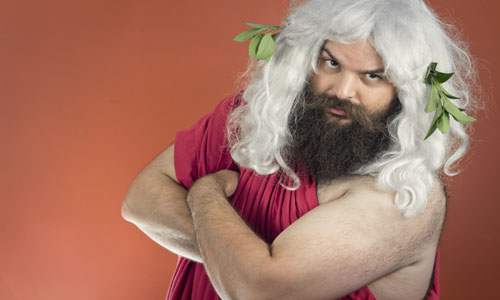 (PCM) In ancient Rome, the period between December 17th and December 23rd was known as the Saturnalia, a festival to honor the god Saturn.

Saturn ruled over such things as abundance, destruction, and time. He gave his name to our largest planet as well as everyone’s favorite day of the week (Saturday). His celebration began with a ritual sacrifice in his Temple at the Roman Forum, followed by a week of banquets, gift-giving, candles and lights, and general revelry. Elements of Saturnalia, including its timing (around the Winter Solstice) are said to have influenced many modern holidays, including Christmas.

According to Roman custom, schools were closed, wars were suspended, and no business could be conducted during Saturnalia. If you need some time off this week (or just want a head start on your holidays), why not start spreading the Saturn love now? Grab a toga, a cup of wine, and call your boss to tell him you’re doing as the Roman’s do!