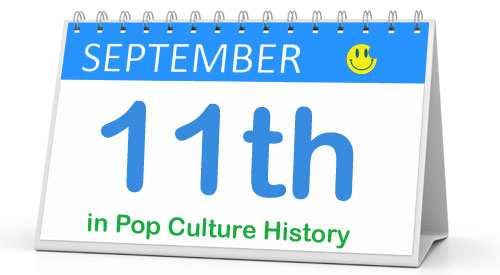 1954 – The Miss America contest was aired for the first time on television, hosted by Bob Russell. Lee Meriwether, was crowned Miss America 1955.

1962 – The Beatles recorded their first single Love Me Do.

2001 – Terrorist crashed two planes into the twin towers of the World Trade Center in New York City. A third aicraft was crashed into the Pentagon and a fourth plane crashed in Somerset County, Pennsylvania. Ben Sliney, the man that ordered all commercial planes to be grounded on 9/11, did so on his first day on the job. Actor James Woods observed and reported suspicious behaviour from four passengers, with no apparent luggage, casing the plane. Six weeks later, these same passengers carried out the 9/11 attacks. The FBI received Woods’ FAA report the evening of September 11.