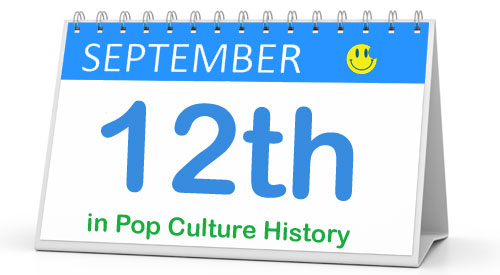 1609 – Henry Hudson began his exploration of the Hudson River.

1952 – The Flatwoods Monster was described by several children in Flatwoods, West Virginia. Their mother, Kathleen may also reported seeing a ten foot creature.

1965 – The Beatles appeared on The Ed Sullivan Show, for the fourth time.

1970 – Josie and the Pussycats premiered on CBS Saturday morning.

1970 – The unmanned Soviet Luna 16 was launched – it landed on the moon, scooped up 101 grams of the lunar surface, and returned to Earth.

1983 – The animated G.I. Joe mini-series based on the toys of the same name debuted, in syndication

1992- NBC canceled all of their Saturday morning cartoons and opted to air Saved By The Bell, California Dreams, NBA Inside Stuff, Name Your Adventure and a weekend version of Today. It marked the end of all children’s programming entirely on the network.

November 17 is The International Day of Peace