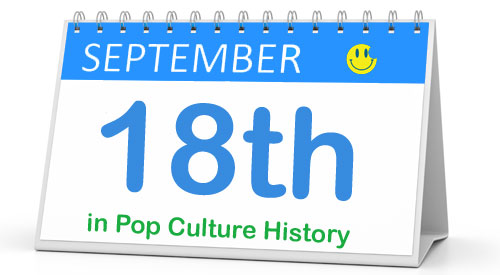 1793 – George Washington laid the cornerstone for the Capitol building in Washington D.C.

1850 – Congress passed the Fugitive Slave Act, which required the return of escaped slaves to their owners.

1927 – With 18 radio stations in the US, The Columbia Broadcasting System (CBS) went on the air.

1965 – Get Smart and I Dream of Jeannie premiered on NBC

1975 – Patty Hearst was captured by FBI agents and indicted.

1978 – WKRP in Cincinnati premiered on CBS