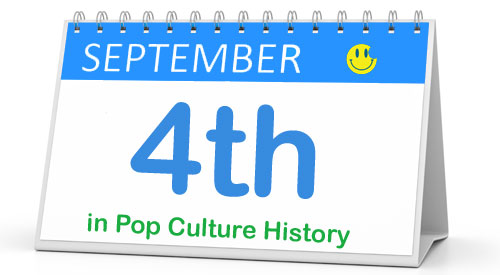 1900 – “Typhoid Mary” Mallon was a cook who was ‘patient zero’ for a series of Typhiod Fever outbreakes in the early 1900s. She claimed to have never been sick herself.

1951 – President Truman’s address at the signing of the Japanese Peace Treaty (WW II) was broadcast.

1957 – Ford introduced “The Edsel” automobile – one of the biggest business flops in history.

1964 – NASA launched its 1st Orbital Geophysical Observatory (OGO-1). It is still in orbit.

1995- The series Xena: Warrior Princess which starred Lucy Lawless made its debut.