Sci Fi Newspaper strips had been around long before Superman would make his first appearance as a newspaper comic strip on January 16, 1939.  His first appearance was in the April, 1938 issue of Action Comics, just nine months earlier. Although he was the first comic book hero, there were more other-wordly heroes before him. 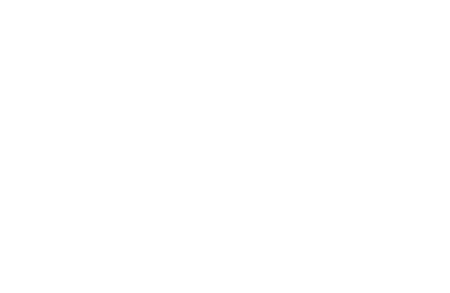 Buck Rogers would be the first Sci Fi comic strip, having his adventures in the year 2419.  He made his debut in a novella in an issue of Amazing Fantasy in September of 1928.  The title of the story was Armageddon 2419 and it was written by Phillip Francis Nowlan.  A sequel would be published in March of 1929.  Before that sequel, The John F Dille Company, later to be known as The National Newspaper Syndicate, approached Nowlan to adapt his character to a comic strip format.  Nowlan agreed.  He found Dick Calkins to do the art, changed the first name of his hero from Anthony to Buck, and the strip was first published on January 7,  1929.

Buck didn’t just remain in the newspaper.  By the time he was done he had a radio show, a television show and a movie serial.  Buck Rodger’s is still remembered today as one of the best of the Newspaper Strips.

Superman’s creators, Jerry Siegel and Joe Shuster were ahead of their time when they created Superman.  The idea for The Man of Steel began to germinate in them long before he made his appearance in Action Comics.  In fact Siegel and Shuster originally conceived Superman as a newspaper strip, and spent more than a few years being turned away from many newspapers.

It wasn’t until the editors of a soon to be released comic book entitled Action Comics saw Superman strip that the boys were given a chance.   Harry Donenfeld and Jack Liebowitz needed material for the new book and gave Superman that chance.  It would be several months after Superman’s debut that the publishers realized they had a gold mine on their hands. Although he appeared on the cover of the first issue, his second cover appearance didn’t occur until issue #7.The original newspaper strip was written and drawn by Superman’s creators Jerry Siegel and Joe Shuster.  That work would eventually move on to other artists and writers as the workload on the comic books became heavier.

The Superman newspaper strip introduced some of the most iconic characters and moments in the Superman legacy.  Lex Luthor would first appear bald in the newspaper.  Using a phone booth as a place to change originated in the strip and Superman’s most powerful and funny foe Mr. Mxyzptlk made his debut in the newspaper.

Superman ran as a Newspaper Strip until 1966.  The Man of Tomorrow had a spin off strip in the 1940s, Lois Lane Girl Reporter, but the spin off wouldn’t last long.

Superman is recognized as the most recognized character in fiction, and he has never been out of publication as a comic book.  Besides his appearances in comic books, he has had several  series of cartoons, several live action film series, a radio show, 3 live action television shows, several animated TV shows and several full-length motion pictures, including appearances in the DCEU (DC Extended Universe).
Even though there is no longer a Superman newspaper strip, as long as people are looking for truth, justice and the American way, there will always be a Superman.

This entry was posted in Comics, Fun Facts, History