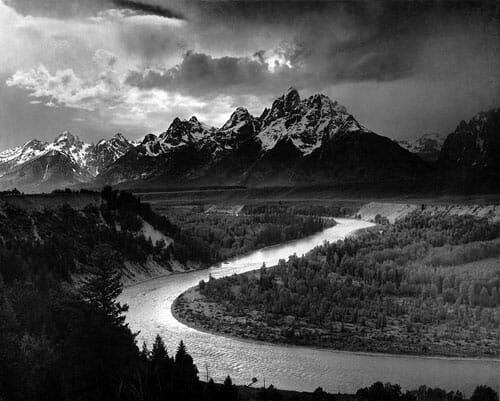 “The Tetons and the Snake River” by Ansel Adams

(PCM) This particular photo was taken by Ansel Adams at Grand Teton National Park in Wyoming. It was taken while Adams was employed by the United States government.

The photo is often considered to be one of the most significant landscape photographs of the American West. It was taken in the year of 1942.

According to Ansel-Adams.org,  “The Tetons and the Snake River” symbolizes the path that our own lives take – a snaking route towards the eventual end point.