The Bedroom in Arles depicts Van Gogh’s bedroom at 2, Place Lamartine in Arles, Bouches-du-Rhône, France, known as his Yellow House. There were three versions of this painting made. 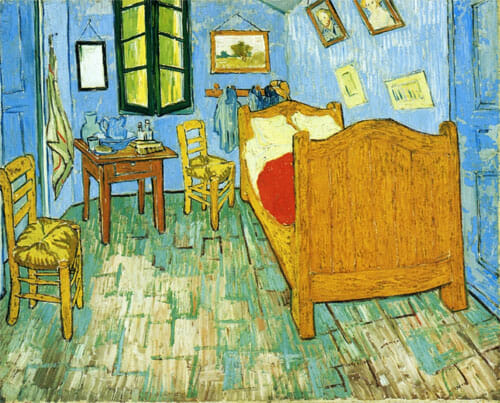 In March 1886, Van Gogh moved to Paris and discovered the French Impressionists he had heard about. Later, he moved to the south of France and was influenced by the strong sunlight he found there, brightening his work through lighter colors.