The Church at Auvers was painted by impressionist artist Vincent van Gogh in June 1890, which now hangs in the Musée d’Orsay in Paris, France. 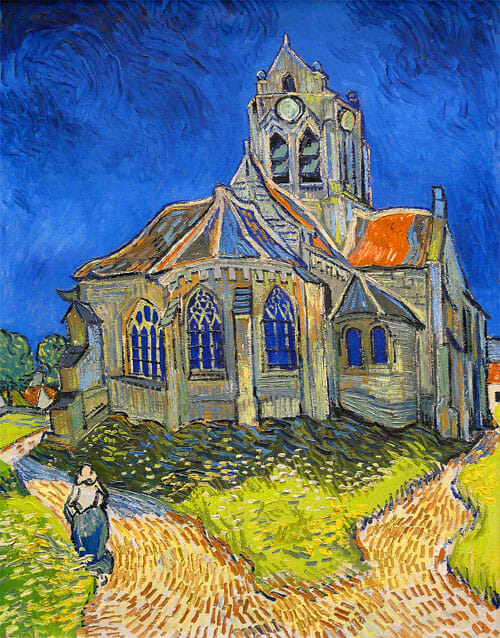 The actual church is in Place de l’Eglise, Auvers-sur-Oise, France.

Although he is known as one of the greatest “Impressionist” painters, however he was a late bloomer in the field. In 1884, he wrote to his brother Theo: “When I hear you talk about a lot of new names, it’s not always possible for me to understand when I’ve seen absolutely nothing by them. And from what you said about ‘Impressionism’, I’ve grasped that it’s something different from what I thought it was, but it’s still not entirely clear to me what one should understand by it.” 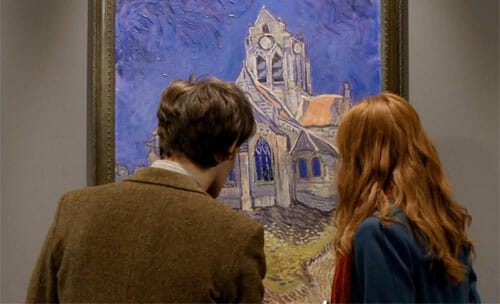 It was also featured in an episode of Doctor Who, “Vincent and the Doctor”, in 2010.