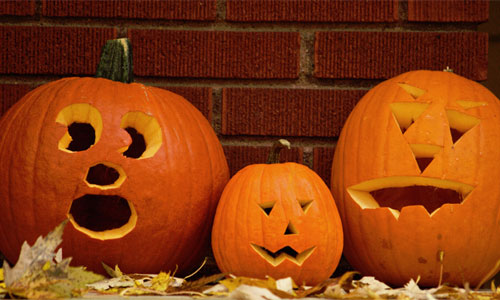 (PCM) Halloween is probably the longest-running holiday with a set day or time period. The earliest celebrations of the day that became November 1st was Samhain, a celebration of the harvest. The harvest was held with thought to the upcoming winter, which undoubtedly would bring death to many due to the coming cold season. So winter became a time of acknowledging death for the pagan Celtics.

Since they knew death was coming, they figured why not celebrate the inevitable with the Festival of the Dead. Some Celtic cults dressed as evil entities to either scare the real evil spirits away, or to hide among them. This started about 2,000 years ago, in the (now) United Kingdom/Northern France region of the world.

All Martyrs Day had been a celebration held on May 13, since 609 AD, when the Church moved the holiday to November first about a hundred years later. By the year 1000 AD, the Church had expanded rather successfully to the Celtic area, which we now call Ireland and Scotland, and much of the British Isles, and renamed the day “All Souls Day,” moving it to November 2nd.

A key reason for the move was to replace the Celtic Festival of the Dead in the area. It became known as All Saints Day, said as ‘Alholomesse’ in Middle English, becoming ‘All-hallows’ or ‘All-hallowmas’ to the locals. The name eventually evolved to “Halloween,” replacing the traditional Celtic Samhain holiday, part of the Festival of the Dead Celebration. With the rise of the Protestant Church, which allowed for no saints, All-hallows Day disappeared with non-Catholic Christian denominations.

The carved and lit veggies we now call Jack’O’Lanterns may have been started with an Irish legend. Jack, a conman and drunk, convinced the devil, we’re told, to change himself into a coin so he could pay for a drink. Jack instead put the coin in his pocket next to a silver cross, which trapped the devil, preventing him from changing himself back. Jack agreed to free the devil on the condition that the devil would not bother Jack for a year.

In part two of Jack’s game with the devil, Jack tricks the devil into climbing a tree to fetch a piece of fruit. While the devil was up in the tree, Jack carved a cross into the trunk, trapping the devil in the tree. In order to get out of the tree, the devil promised Jack that he would no longer seek his soul. When Jack eventually died, he was not allowed into heaven because of his drunken and wicked ways, but he was not allowed into hell either, because the devil kept his word.

The devil gave Jack an ember to light his way in the dark, in respect to the man who bested him twice. The fire was kept in a hollowed out turnip for Jack to carry on his endless journey, trapped in the mortal world.

In America, the Puritans and Pilgrims were a very religious bunch, and they didn’t believe much in any types of celebrations, let alone any based on pagan rituals, but a little further south, in Maryland and the more southern colonies, the American version of Halloween began, including ‘bobbing for apples,’ which was a tradition started virtually in the First Century when the Roman’s holiday honoring Pomona, the goddess of fruits and trees, got mixed in with the Samhain celebrations. Her symbol was an apple.

In the 1600’s, Halloween was still very connected to the fall harvest – Thanksgiving was far from a regular holiday at that point in time. The celebration became an event when people would talk about the harvest, and with All-Souls/Saints day just ahead, remember the dead, like they did in Ireland and Scotland. In the old world, they carved turnips or gourds open, and used them as small lanterns to help. In Maryland, by 1835 or so, they were carving pumpkins, creating much bigger lanterns, and making it a celebratory ‘play party.’

The concept of ‘trick or treating’ also had its beginnings with Samhain, as evil fairies would seek gifts and food before the winter cold – doing mischief to those who would not donate. This was probably the foundation for ‘mischief night’ or ‘devil’s night,’ in which people started participating in on the night Guy Fawkes was caught attempting to blow up England’s parliament.

In modern America, this ‘devil’s night’ would often be the night before Halloween, when young people would throw eggs at houses, write with soap on cars or ‘toilet paper’ neighborhoods. The practice was slowed in recent years as the ‘mischief’ escalated to fires, broken windows, and other personal property damage.

Today trick or treaters are almost always given a treat by households with a light on, or a ghoul or vampire waiting by the door with a bag of candies or treats. In the interest of safety, edible gifts are almost always prepackaged, as are the costumes.

And though you fight to stay alive
Your body starts to shiver
For no mere mortal can resist
The evil of the thriller… hahahhahha! hahhhhaha! …”
– Vincent Price, Thriller