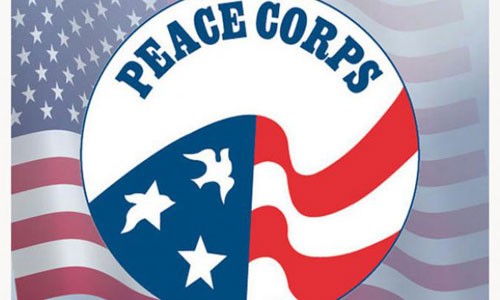 The Peace Corp was established by the Executive Order of President John F. Kennedy on March 1, 1961.  It was authorized by congress on September 21 of the same year.

The mission of The peace Corp is twofold.  The first is for under developed countries to understand American culture and the second is for Americans to understand the cultures of other nations.

To promote world peace and friendship through a Peace Corps, which shall make available to interested countries and areas men and women of the United States qualified for service abroad and willing to serve, under conditions of hardship if necessary, to help the peoples of such countries and areas in meeting their needs for trained manpower.

The Peace Corp has changed since its original conception.  In 1961 The United States was at the beginning of The Cold War.  In establishing The Peace Corp President Kennedy was able to use it as a presence in under developed countries.  The friendly face of America was being used as a safe guard against communism.  It was called using a “soft power” against the communists.  Since the end of the cold war the precise purpose of the Peace Corp is no longer clear cut and there is a campaign to redefine what exactly the purpose of the Peace Corp is in the 21st Century.