The Starry Night was painted in June, 1889, it depicts the view from the east-facing window of his asylum room at Saint-Rémy-de-Provence. Although Vincent had written to his brother about planning the piece, he made very little mention of it later. Ironically, it may be the single most influential piece of art since the middle ages. 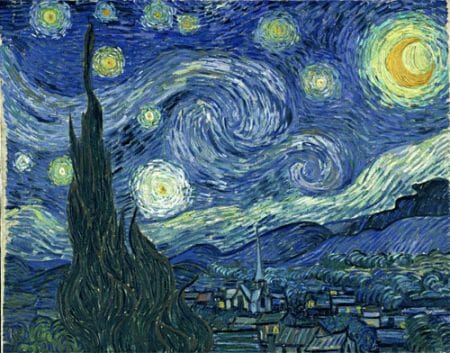 “Vincent (Starry, Starry Night)”
Starry, starry night
Paint your palette blue and gray
Look out on a summer’s day
With eyes that know the darkness in my soul

It was also featured in an episode of Doctor Who, “Vincent and the Doctor”, in 2010. 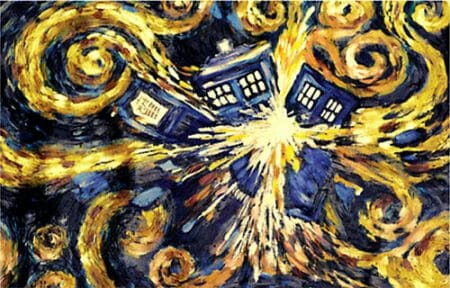