The Virgin of the Rocks (The Madonna of the Rocks) is the name used for two paintings by Leonardo da Vinci. The version generally considered the first version hangs in The Louvre in Paris and the other in the National Gallery, London. The painting features Mary, Jesus, his cousin John the Baptists and the angel Gabriel.
Louvre Verison (1483-1486) 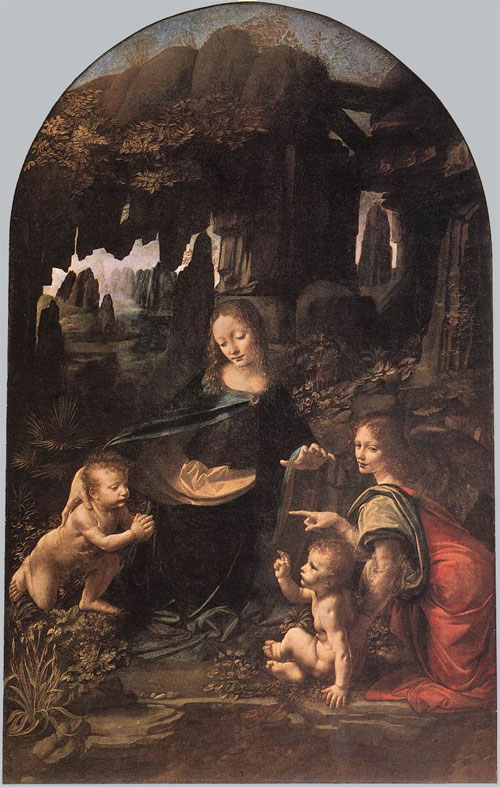 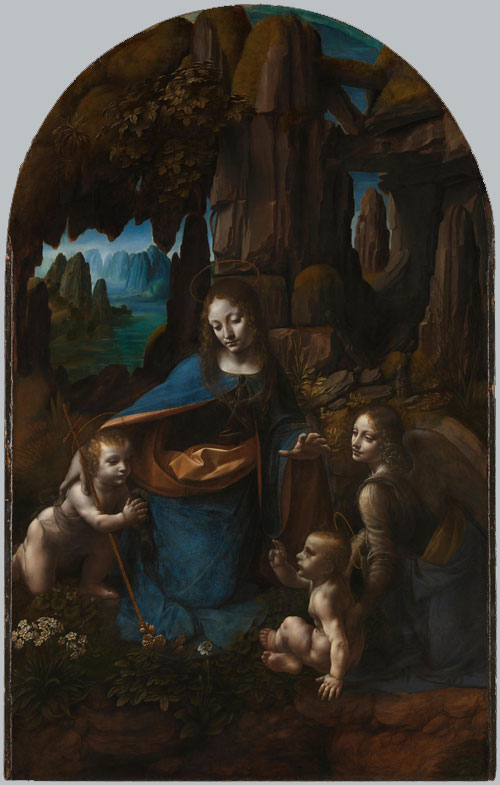