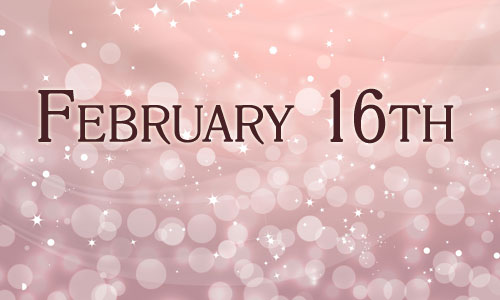 1894 – Gunslinger John Wesley Hardin is pardoned after spending 15 years in a Texas prison for murder. Hardin shot and killed a man just for snoring, by firing through the wall at the sleeping snorer.

1923 – In Thebes, Egypt, English archaeologist Howard Carter entered the sealed burial chamber of the ancient Egyptian ruler King Tutankhamen. He had been looking for King Tut’s tomb since his first trip the Egypt in 1891. The outer chambers were discovered in November, 1922.

1959 – Fidel Castro was sworn in as prime minister of Cuba after leading a Communist guerrilla campaign that forced dictator Fulgencio Batista into exile.

1960 – The U.S.S. Triton began the first circumnavigation of the globe under water, and finished on May 10.

1964 – The Beatles appeared in the Ed Sullivan Show for the second time.

1968 – Haleyville, Alabama was the first town to use the 911 emergency number.