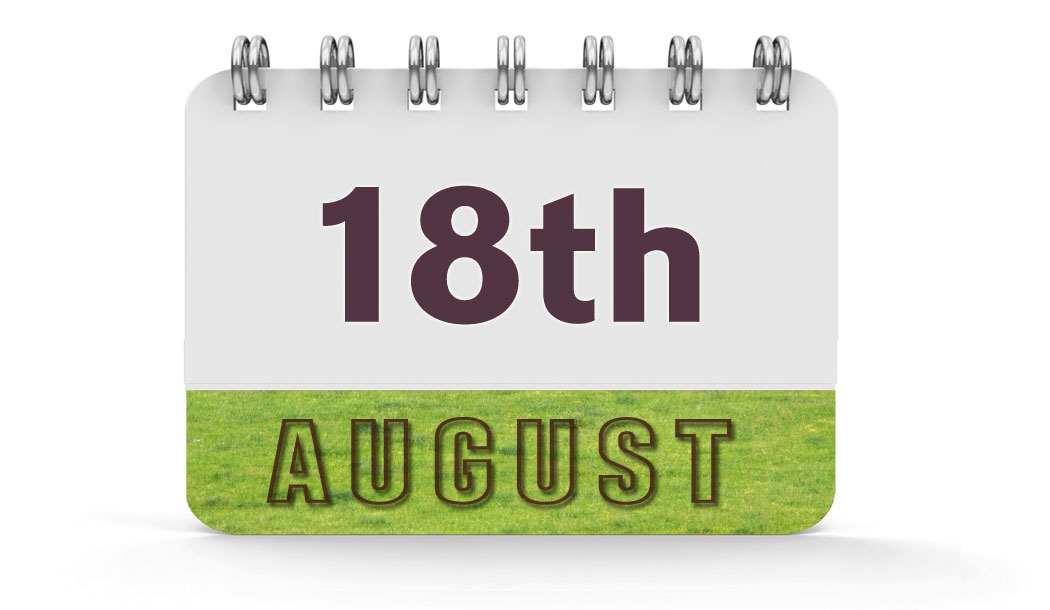 1587 – Virginia Dare, granddaughter of Governor John White of the Colony of Roanoke, became the first English child born in the Americas, to Ananias and Eleanor Dare. She and the rest of the colonists at Roanoke disappeared at some point before August 18, 1590. The only clue was the word “Croatoan” carved into a post.

1903 – German engineer Karl Jatho may have flown his own airplane, four months before the first flight of the Wright brothers.

1920 – The Nineteenth Amendment to the United States Constitution was ratified, guaranteeing women’s suffrage.

1969 – Playing on the unscheduled 4th day, Jimi Hendrix’s version of The Star-Spangled Banner at Woodstock was considered by some to be controversial and disrespectful.

1977 – Steve Biko was arrested at a police roadblock under the ‘Terrorism Act No 83 of 1967’ in King William’s Town, South Africa. He died from injuries that occurred during his arrest. Peter Gabriel released a tribute to him, Biko, which became a hit in 1980.

2005 – A massive power blackout hits the Indonesian island of Java, affecting almost 100 million people, the one of the largest and most widespread power outages in history, and lasted just over six hours.