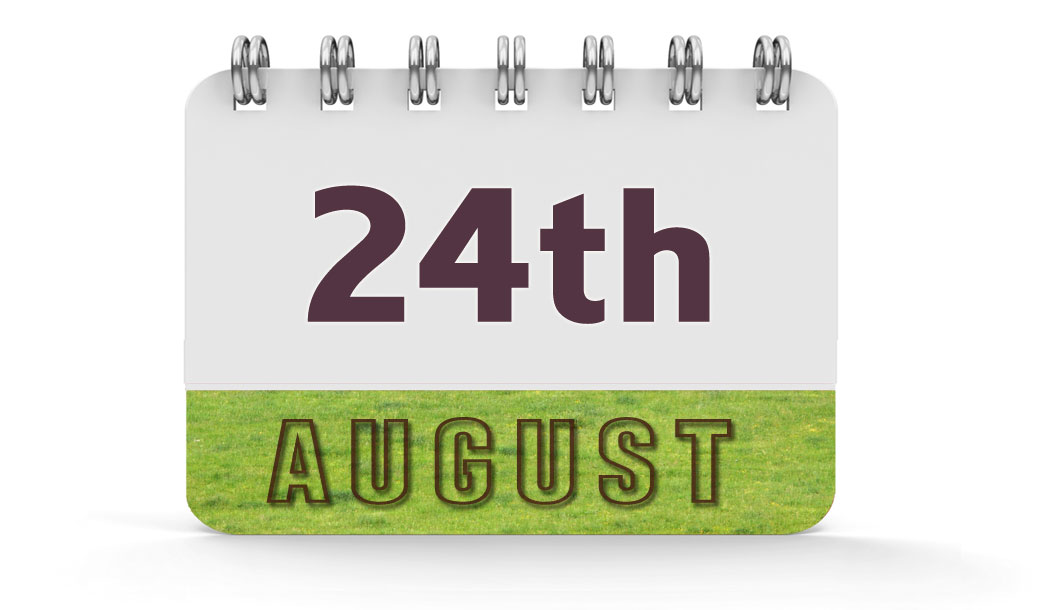 79 (Volcano Eruption) Mount Vesuvius erupted. The cities of Pompeii, Herculaneum, and Stabiae were buried in volcanic ash, although some scholars believe it was October 24th. Pop/Rock band Bastille wrote a song about the event in 2013.

1456 – The printing of the Gutenberg Bible was completed.

1662 – The Act of Uniformity requires England to accept the Book of Common Prayer.

1682 – William Penn received the area that is now the state of Delaware, and added it to his colony of Pennsylvania.

1690 – Job Charnock of the East India Company establishes a factory in Calcutta, essentially founding the city.

1932 – Amelia Earhart became the first woman to fly across the United States non-stop, from Los Angeles to Newark, New Jersey.

1989 – Pete Rose was banned from baseball for life.