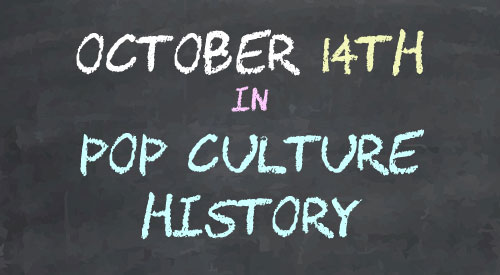 1912 – Former President of the US, Theodore Roosevelt, was shot and mildly wounded by John Schrank. With the fresh wound and bullet in his chest, Roosevelt still gave his scheduled speech.

1947 – Captain Chuck Yeager flew a Bell X-1 rocket-powered (and experimental) aircraft, the Glamorous Glennis, faster than the speed of sound over the high desert of Southern California.

1978 – Jimmy Carter helped launch the craft beer revolution by removing taxes for beer brewed at home for personal use.

2003 – The ‘Steve Bartman Incident‘ occurred during a Major League Baseball (MLB) in the eighth inning of Game 6 of the National League Championship Series game played between the Chicago Cubs and the Florida Marlins. Chicago lost.

2007 – Keeping Up with the Kardashians premiered on E!